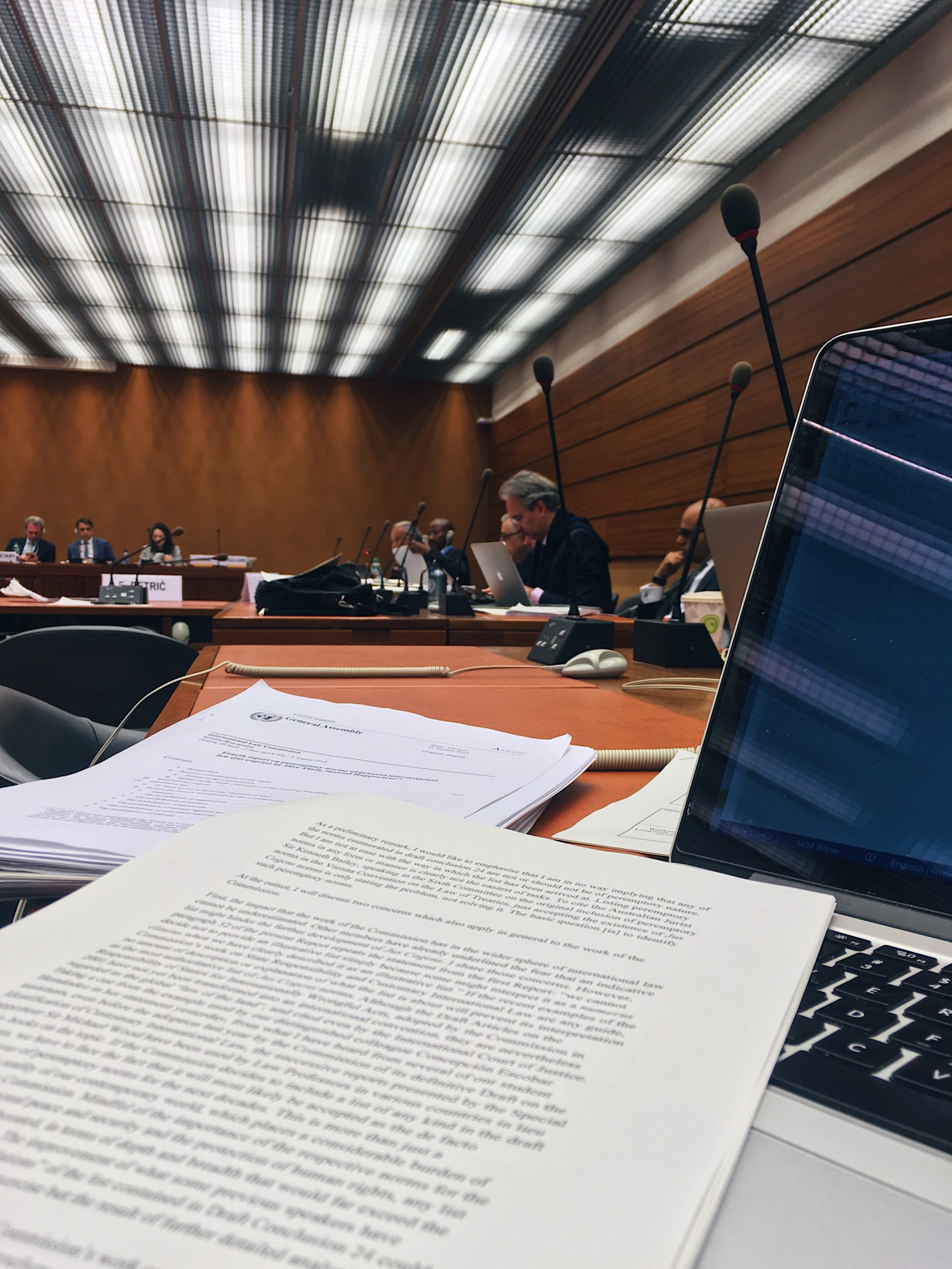 Konstantin Kleine, ‘The International Law Commission as a Club of Cynics? Originalism and Legalism in the Commission’s Contemporary Work’ in Björnstjern Baade and others (eds), Cynical International Law? (Springer Berlin Heidelberg 2021) 81–101

‘Legalism’ describes the ideological belief that law and politics are two fundamentally different and separate things, and politics is inferior to law, while ‘originalism’ is a term borrowed from United States constitutional scholarship, meaning that the US Constitution must be interpreted based on the original understanding at the time of its drafting. Adapted for the context of the International Law Commission, ‘originalism’ describes a static concept of international law, wherein a treaty, convention, or other document, once concluded, can only be interpreted based on the understanding at the time of its drafting.

Examples for the influence of ‘originalism’ and ‘legalism’ in the International Law Commission include the insistence on (artificially) separating codification and progressive development in the work of the Commission, while regularly discouraging the progressive dimension, and the uncritical readoption of decades old legal texts. Further, the tendency towards reducing international law to what has been established as backed by state consent, and the deliberate reduction of topics of work to uncontroversial issues by excluding anything with a political dimension can be understood as resulting from a belief in ‘legalism’ and ‘originalism’.

In conclusion, the chapter argues that the International Law Commission must become more cynical to stay relevant and no longer turn a blind eye on the cynical, self-interest-driven ways of states in using international law.